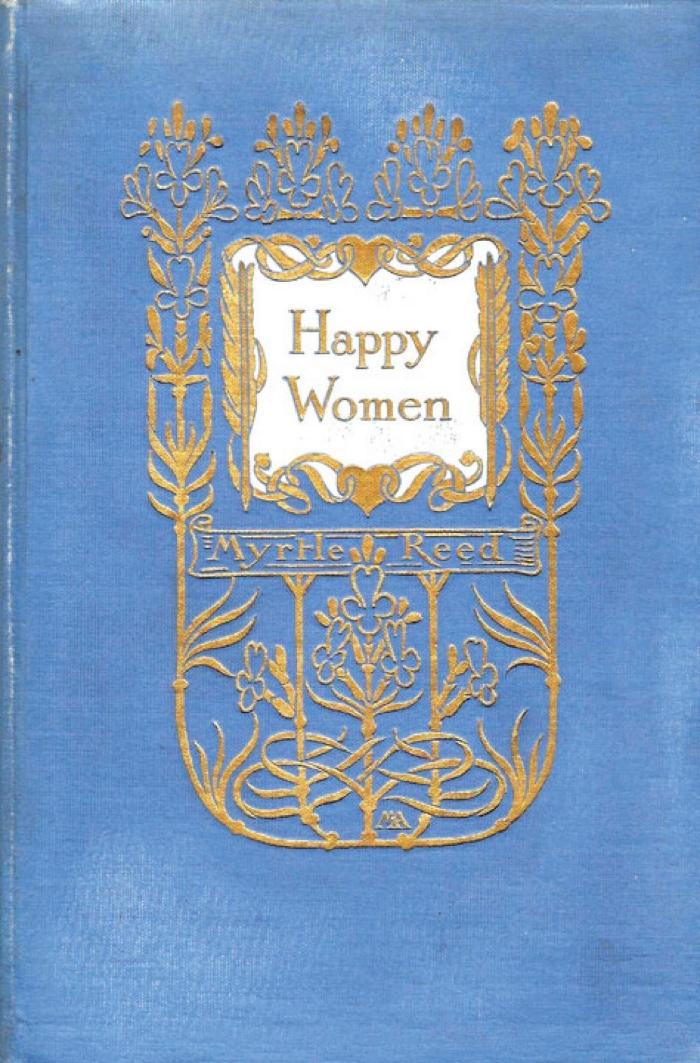 Gold and cream on lavender cloth.

The second series Armstrong is recognized for is her work in lavender cloth for Myrtle Reed. While rather unknown today, Reed’s books were extraordinarily popular during the period, with well over a million copies sold of her thirty-odd titles. Armstrong created fourteen covers for the series between 1902 and 1913, each a variation on this Happy Women design. When Armstrong declined to work on the series, Putnam hired other binding designers to replicate Armstrong’s work, since the covers had become so associated with the author.