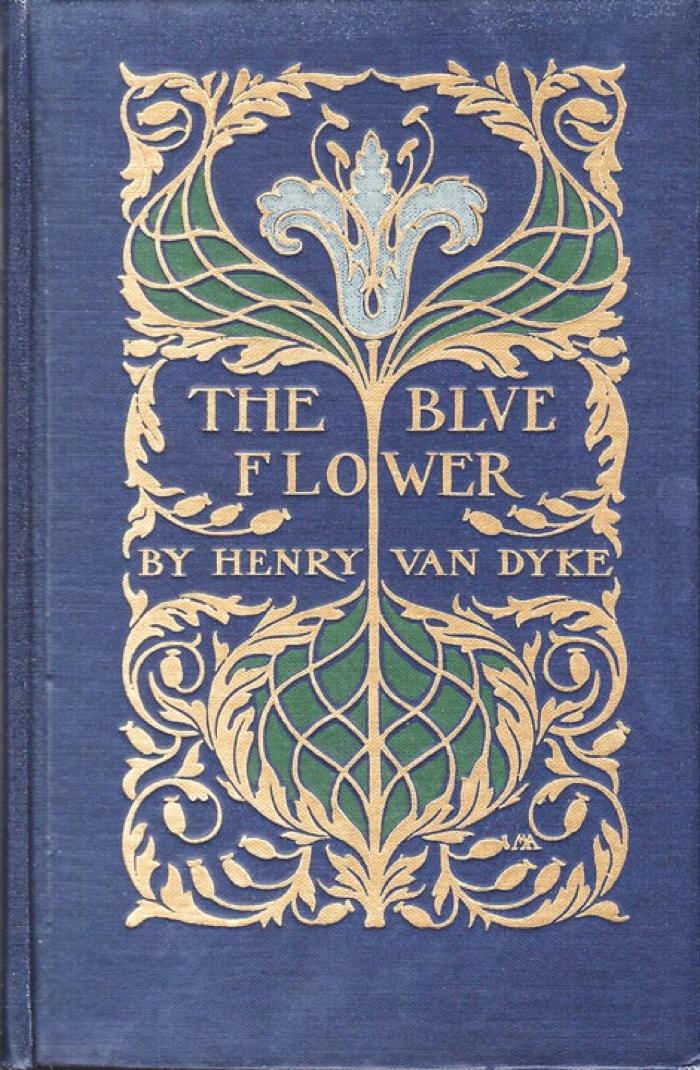 As Armstrong designed bindings for Scribner over the years, her work became featured in several series of popular authors. One of these authors was Henry Van Dyke. Armstrong’s covers for Van Dyke’s books are known as her blue cloth series. Armstrong designed twelve covers for Van Dyke between 1901 and 1927. Her book covers became so synonymous with this popular fiction that Scribner eventually hired other book designers to continue Armstrong’s style after Armstrong moved away from binding design and declined to continue work on the series.

The Library will be closed Monday, October 10 for Columbus Day/Indigenous People's Day.