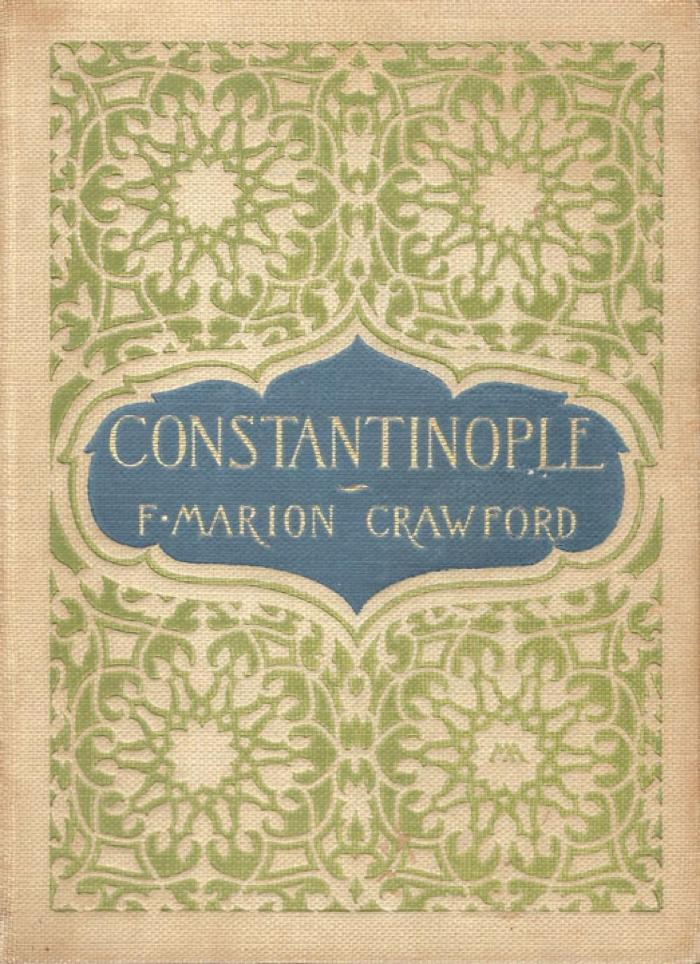 An exotic design, this binding highlights not only Armstrong’s skill, but also her tendency to create covers evocative of stained glass. The heavy, leaded, bold lines that create the clearly defined patterns on this cover are similar to the leaded lines between shards of glass. Armstrong was very familiar with the process of stained glass design; her father was a master of the medium, and Margaret tried her hand at designing a few windows in her youth. Her sister Helen met with much success in the stained glass field. The three would work on their crafts in a shared studio.

On this cover you will also find the stylized initials MA that Armstrong would come to include more on her bindings. Typically, book cover artists did not include initials in their work during the early part of this design era. Artists’ monograms begin to appear more commonly around 1893. Armstrong began including her monogram on bindings in 1895.

The Library will be closed Monday, October 10 for Columbus Day/Indigenous People's Day.