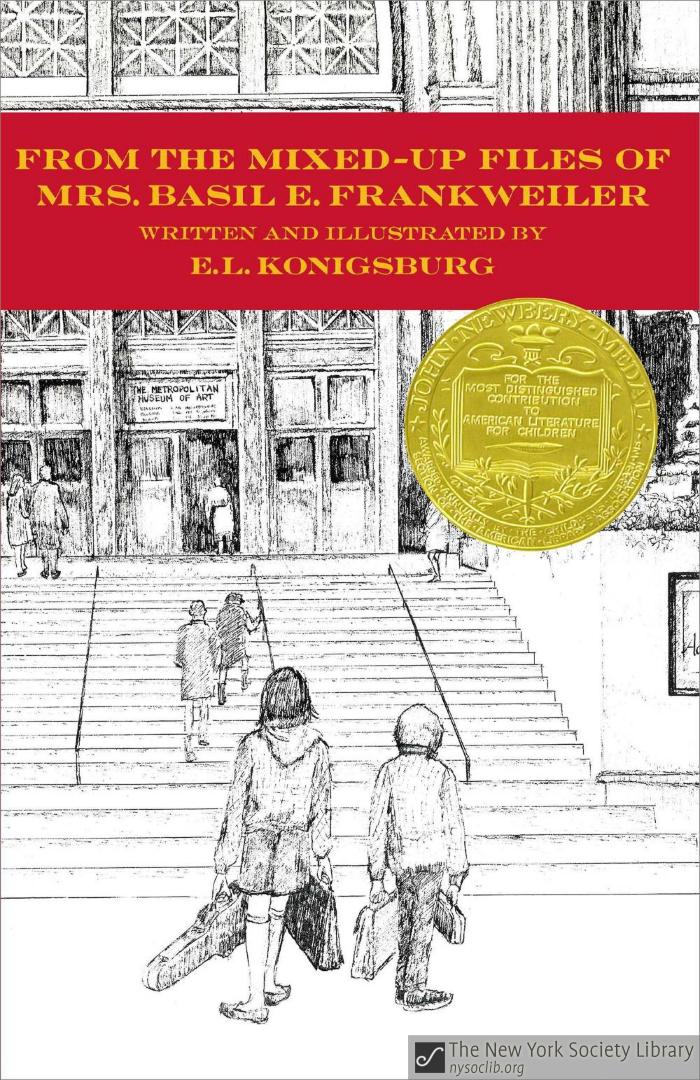 From the Mixed-up Files of Mrs. Basil E. Frankweiler


I wish I could write like I felt when I was 12 years old and read E.L. Konigsburg’s From the Mixed-Up Files of Mrs. Basil E. Frankweiler, but it is many decades later. Even so, thinking of the book immediately makes me happy, because it takes me to New York City and, even more specifically, to the MUSEUM (the Metropolitan

Museum of Art) which is where 11-year-old Claudia and her 9-year-old brother Jamie head when they run away from home. Now I marvel at Konigsburg’s ingenuity, but when I was 12 and growing up in rural Virginia, I was thrilled by Claudia and Jamie’s totally relatable, totally doable adventure. I know I would follow where they led.


From the Mixed-Up Files was also suggested by Cynthia Frisch Florman, Sheila Walpin, Terry and Andrew Wasserman-Lom and Carolyn Waters.

I loved the mystery, loved reading about the Met Museum. When I visited the museum, I searched for the bed the kids had slept in, the bathroom they had hidden in, and the fountain where they had found spending money. When I

received it as a gift in 3rd Grade, it was one of the most exciting books I had ever read.

From the Mixed-up Files is a delightful read about two children who run away to the Met before the pool was covered over…my children still remember having lunch sitting around the pool.

For a small-town-suburban New Jersey girl like myself, this story was impossibly alluring. Who wouldn’t want to run away to the big city and live a new life (at least until her parents could appreciate her) in the glamorous, comfortable, and enormous Metropolitan Museum of Art? I have read and re-read this Newbery Award-winning book about precocious Claudia, her little brother Jamie (along for the ride because he can fund the expedition), and the mystery of the

provenance of a statue in the museum’s collection, many times.