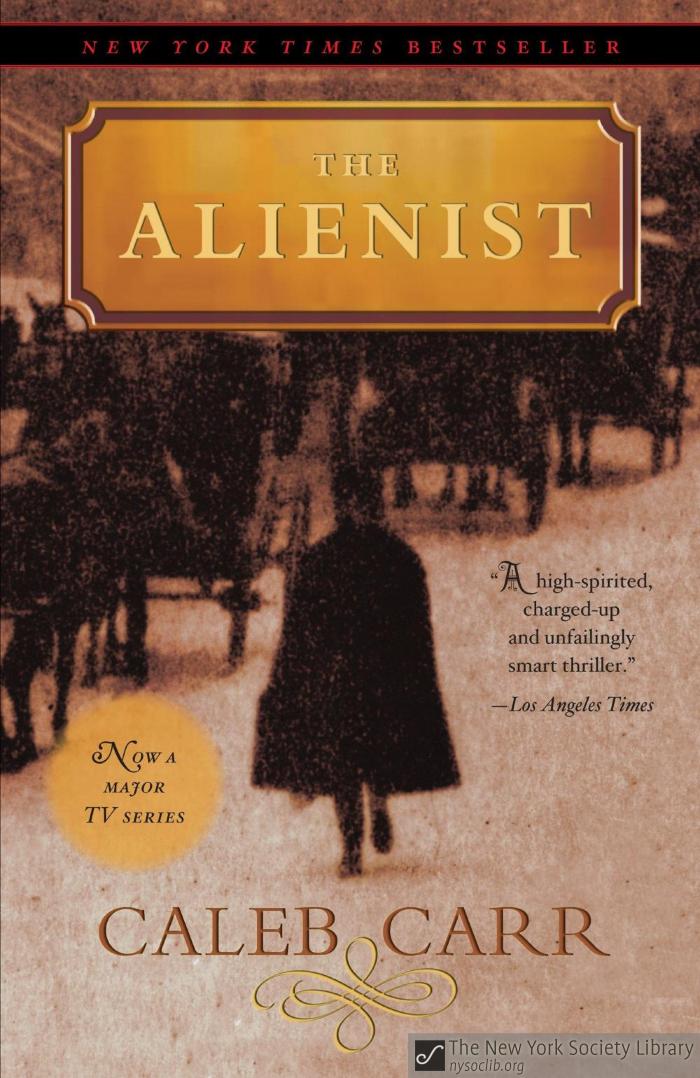 
The Alienist has provided two of the great thrills of my reading life. First, it was one of those rare books I read in one sitting, through a whole day and on into the night, pausing only for fridge raids. This is not because its whodunit element is such a gripper; the mystery itself is garden-variety.

But its mix of fanatically detailed period science and setting with a colorful gallery of historical and believable characters grabbed me by the throat. Carr makes a tangible, smellable thing of the year 1896, when the outlines of modern psychology were just becoming discernable, detective work was embracing scientific and pseudo-scientific methods, and New York City was crashing toward the incorporation of the outer boroughs and the next century’s upheavals.

My second big thrill was when I re-read the book a few years later and realized, at a crucial plot twist, that I was at that moment directly below the scene of the action I was reading about—on the 7 train! I hear that the current TV adaptation of Carr’s work is well worth seeing. But I guarantee you the book is better.


Sara Holliday (Head of Events)
Share
Contribute
Back to Top