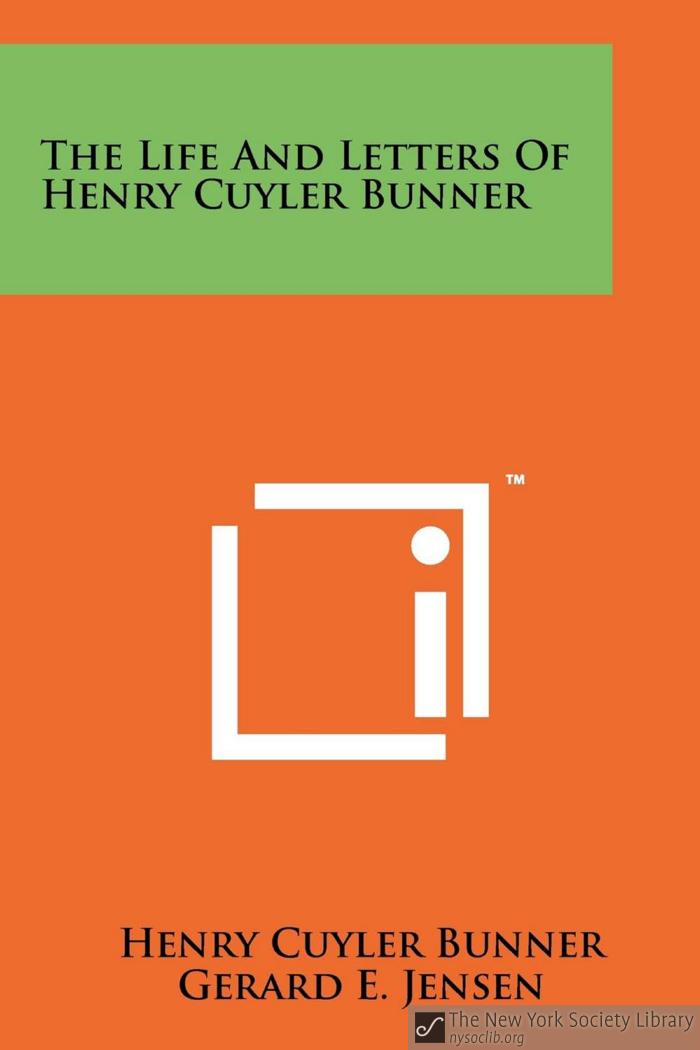 The Life and Letters of Henry Cuyler Bunner


This masterful biography introduces readers to Henry Cuyler Bunner, the inspiring and quintessential New Yorker of the late nineteenth century and grand-nephew of Alexander Hamilton. Bunner was the editor-in-chief of Puck magazine and the brilliant forbear of the literary genre “The New York Story.” He spoke out for the immigrant, the poor, the disenfranchised, and the new middle class.

I was so inspired by H.C. Bunner that I wrote my own historic-detective biography about him: The Inadvertent Researcher: A New York Story. I also wrote a play adaptation of Edith Wharton’s novella Bunner Stories, an homage to H.C. Bunner, which was presented at the Library and subsequently performed Off-Broadway. H.C. also inspired me to co-curate an exhibition about his life at the Nutley Historical Society Museum in New Jersey. Reading Jensen’s biography at the Library opened my eyes to a forgotten New Yorker who

lives on in the literature and political history of our remarkable city.