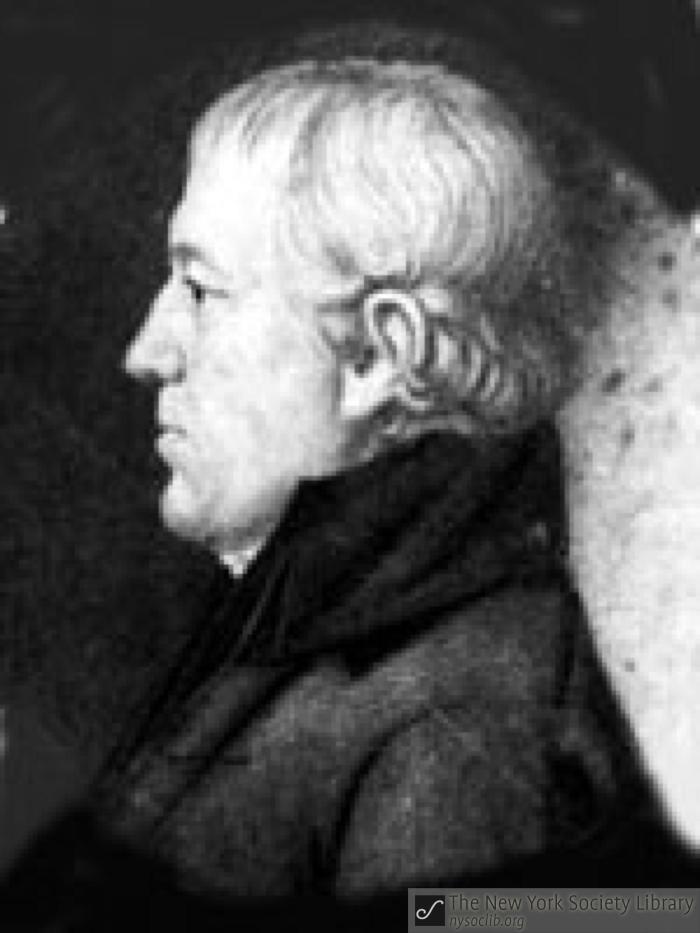 Reader
Borrowing activity from 9/9/1789 to 9/11/1789.
Richard Bassett, a lawyer and politician, was born on April 2, 1745, at Bohemia Ferry, Cecil County, Maryland (Saladino). He was raised by Peter Lawson, a stepfather, from whom he inherited a large amount of land in Delaware (Saladino). He studied law and received a license in 1770 to practice in Dover, Delaware. He served in the American Revolution as the captain of a Delaware troop. He was a member of the state constitutional conventions in 1776 and 1791 to 1792. He was a member of the State Senate in 1782, and a member of the State House of Representatives in 1786. He was a delegate to the Federal Constitutional Convention in Philadelphia in 1787, and was one of the signers of the Constitution. He served in the Delaware General Assembly, and from 1789 to 1793 was a U.S. senator from Delaware. From 1793 until 1799 he was chief justice of the Court of Common Pleas. He was governor of Delaware from 1799 to 1801. A federalist, he was a presidential elector for John Adams in 1797, and in 1801 he was one of President Adams's "midnight" appointments to be a United States circuit judge; however with the election of Thomas Jefferson and the Democratic Republicans Bassett was removed from office.

In the early 1780s Bassett converted to Methodism; he was a good friend of Methodist preacher Francis Asbury, who frequently visited him (Saladino). Bassett's Methodism played a role in his decision to free his slaves, and to legislate against slavery in Delaware. In 1787 he introduced a state law that limited slave trading in Delaware. In 1788 he founded the Delaware Society for Promoting the Abolition of Slavery in Dover (Simmons 186).

Bassett died on August 15, 1815, at the age of 70 and is buried at the Wilmington and Brandywine Cemetery, Wilmington, Delaware.