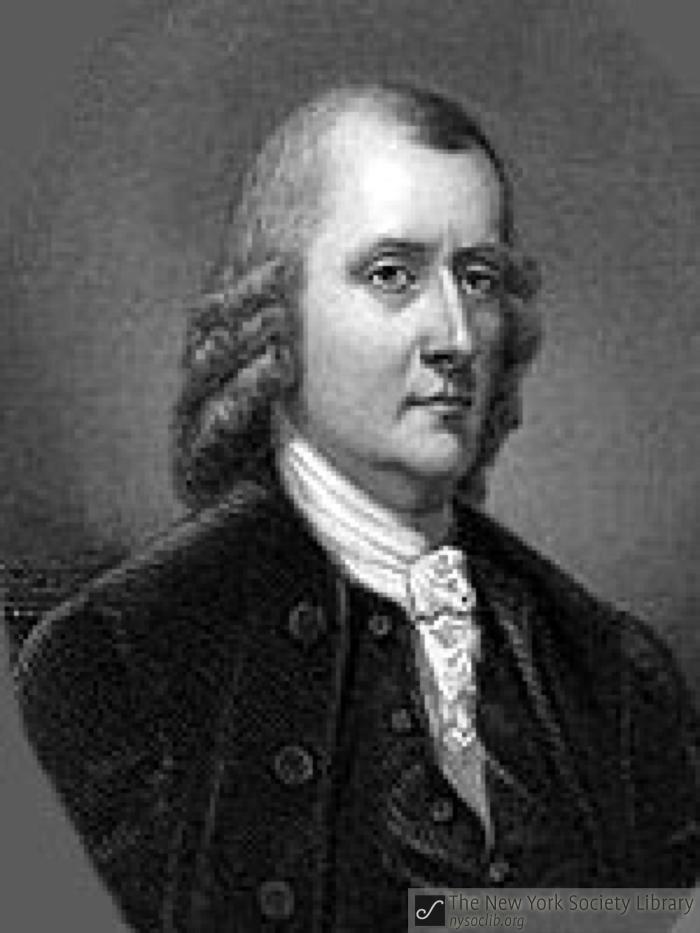 John Cruger (1678 – August 13, 1744) was an immigrant to colonial New York with an uncertain place of birth, but his family was originally Danish. In New York from at least 1696, he became a prosperous merchant and established a successful family as well. He served as an alderman for twenty-two years and as 38th Mayor of New York City from 1739 until his death in 1744.

John was probably born in early 1678 in Denmark. He came to America in the late 17th century, when New York was officially an English colony, but still very much marked by the remains of the Dutch influence of New Netherland. He entered the mercantile firm of Onziel Van Swieden and Valentine Cruger as a shipmaster and factor and by 1702 he had become a junior partner, owning ships of his own. The following year he gained citizenship, being recognized as a Freeholder of the Province on March 2, 1703. He also married Maria Cuyler of New York. (Maria Cuyler was an aunt and wife of Albany, New York Mayor Dirck Ten Broeck).

In 1712, he was elected Alderman for the Dock Ward, a post he would hold until 1735, when he became assistant to the Mayor Paul Richard. He had sent his older sons overseas to run parts of the business; Tileman to the West Indies, and Henry to Bristol in England, while he kept John at home to take charge in New York.

By 1739, he and his family had even abandoned his Dutch Reformed Church, becoming members of the Anglican Communion at the politically important Trinity Church. That year he was appointed as Mayor of New York. When he died, his will left his thriving commercial empire to his surviving sons, John and Henry. He also returned in his will to his religious roots. He was buried in the churchyard of the Low Dutch Reformed Church in Haarlem. The graveyard is long gone, but the church is now the Elmendorf Reformed Church in East Harlem.

read this on wikipedia.org
Metadata for this record is currently incomplete. Click Contribute to submit information for inclusion on this page. See the User Guide to learn more about Contributing.
Share
Contribute
John Cruger Library Average
Circulation records from 1793-1799 are lost.
Books by subject area
As classified in the 1813 Library Catalog.
Check out duration
Circulation Activity
Books by subject area
Check out duration
John Cruger Library Average
Compare Readers