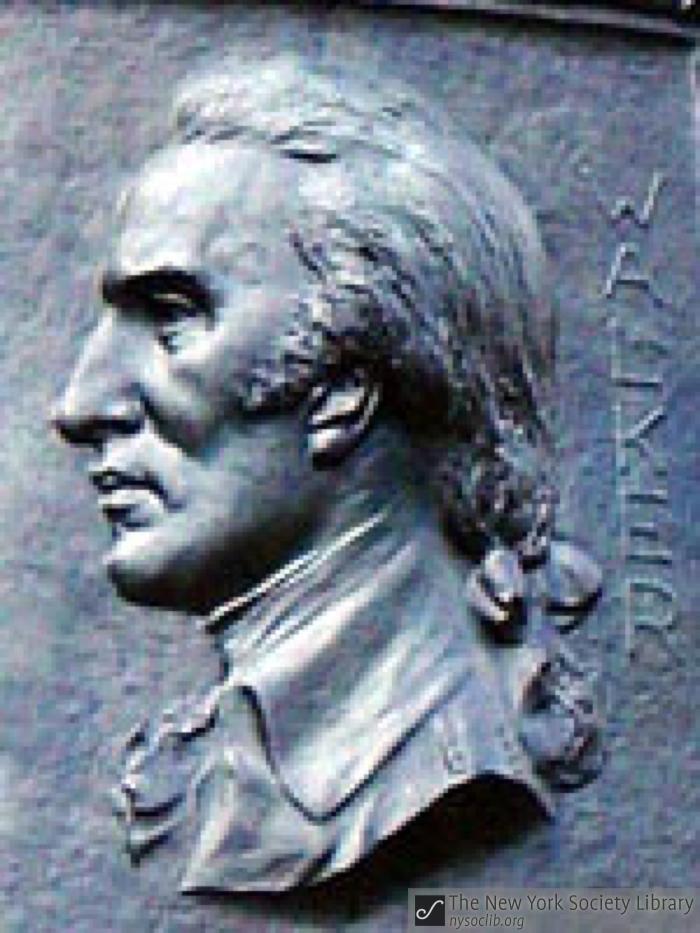 Captain Benjamin Walker (1753 – January 13, 1818) was a soldier in the American Revolutionary War and later served as a U.S. Representative from New York.

He was born in London, England, where he attended the Blue-Coat School. After immigrating to the United States, he settled in New York City. During the American Revolutionary War, he was an aide-de-camp to General Friedrich Wilhelm von Steuben (during this appointment he was reputed to have been the male companion of the Baron) and subsequently as a member of the staff of General George Washington. Historian William Benemann wrote "Steuben was also attracted to his 'angel' Benjamin Walker, but while Walker held the Baron in high esteem, he does not appear to have been sexually interested." Benemann also wrote, "Walker had no scruples about exploiting the Baron's sexual interest although he had no intention of reciprocating."

From March 21, 1791 until February 20, 1798, Walker served as a captain and as naval officer of customs at the port of New York. He was moved to Fort Schuyler, now Utica, in New York State, in 1797. He also worked as an agent of the great landed estate of the Earl of Bath.

Walker died in Utica, New York, on January 13, 1818. He was first interred in the Old Village Burying Ground on Water Street but was exhumed and reinterred in Forest Hill Cemetery, Utica on June 17, 1875.