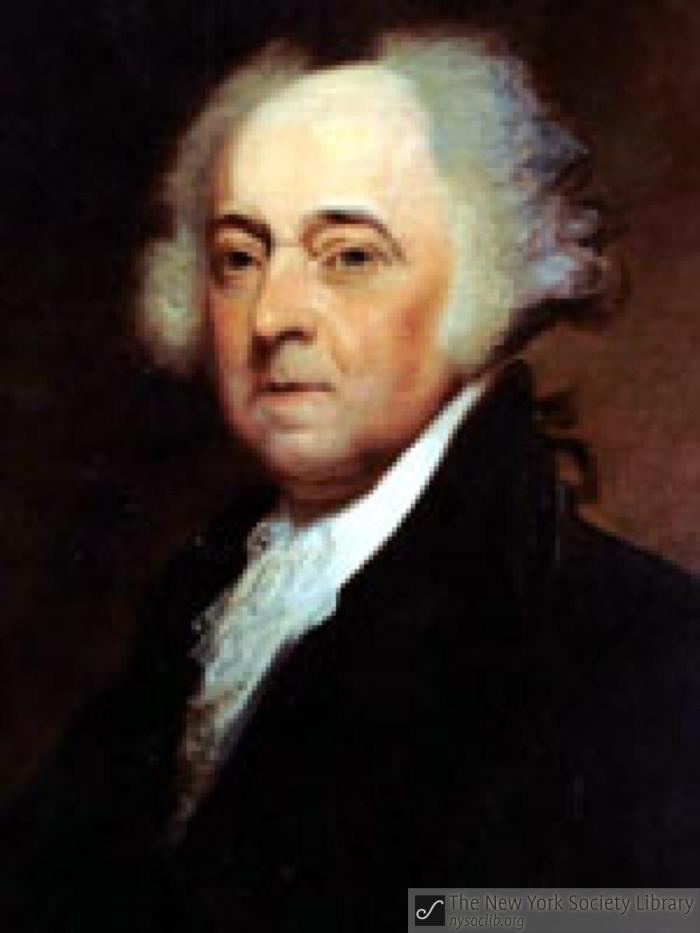 Reader
Borrowing activity from 7/31/1789 to 8/21/1789.
John Adams, second president of the United States, statesman, lawyer, political philosopher, and farmer, was born in Braintree (now Quincy), Massachusetts on October 19, 1735. He graduated Harvard College in 1755 and taught grammar school for three years after graduation in Worcester, Massachusetts, while also studying law. He returned to Braintree, was admitted to the Massachusetts bar in 1758, and began practicing law in town offices while also tending to his farm. Adams became a leading figure in the resistance to British measures to tax the American colonies, and published essays in opposition to the Stamp Act in 1765. He moved to Boston in 1768 and continued to practice law. In 1770 he defended the British soldiers who fired on the crowd during the Boston Massacre on the principal that everyone should have a right to counsel, and won an acquittal. He was a delegate to the first and second Continental Congresses (1774-1778), and to the convention that framed the Massachusetts Constitution of 1780. He was sent to France, along with Benjamin Franklin and John Jay, to negotiate the 1783 Treaty of Paris with Great Britain that ended the Revolutionary War. He was the American ambassador to Great Britain from 1785 to 1788, and during this time worked on a treatise of political philosophy, A Defence of the Constitutions of Government of the United States of America, published in 1787. Adams became the first vice president of the United States in 1789 and was elected the second president of the United States in 1797.

Adams' parents were John Adams and Susan Boylston. He married Abigail Smith on October 25, 1764; they had six children, four of whom lived to adulthood, including future United States President and Secretary of State John Quincy Adams (1767–1848). Adams served as vice president in George Washington's administration when the capital was located in Lower Manhattan, and moved with his family when the federal government relocated to Philadelphia in 1791.

A defence of the constitutions of government of the United States of America, By John Adams, LL.D. And a member of the Academy of Arts and Sciences at Boston.
John Adams
1787
A view of universal history, from the creation to the present time. Including an account of the celebrated revolutions in France, Poland, Sweden, Geneva, &c. &c. Together with An Accurate and Impartial Narrative of the Late Military Operations; and Other Important Events. By the Rev. J. Adams, A.M. In three volumes. ...
John Adams
1795